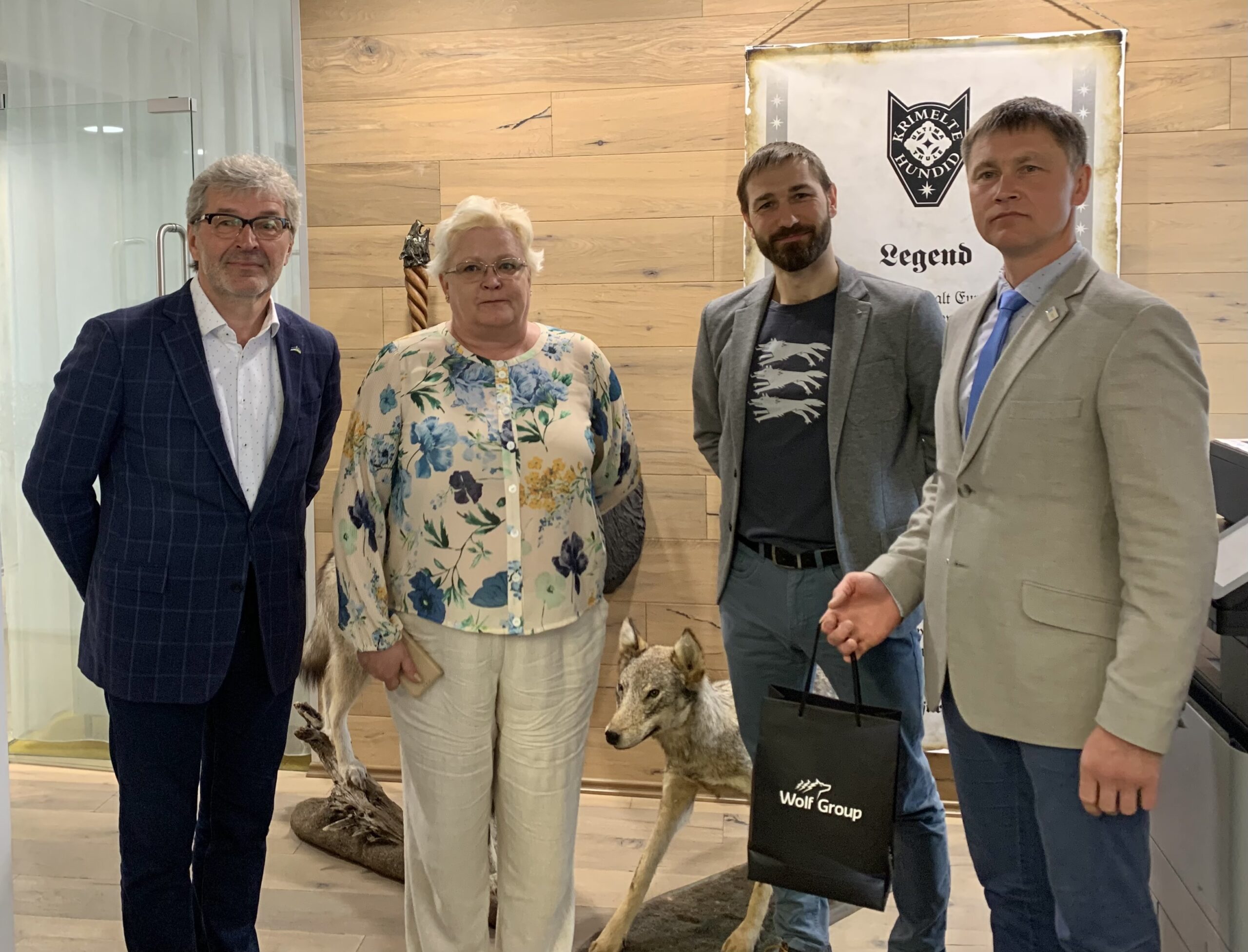 Wolf Group OÜ, Europe’s leading manufacturer of chemicals for the construction industry, has presented the Estonian Environment Agency with a GPS tracker to gather scientific data about wolves. Two wolves have already been fitted with tracking collars; this will be the third.

Taimar Ala, the director of the Environment Agency, says this is a perfect example of cooperation between the public and private sectors. “I’m delighted that companies aren’t backwards in coming forwards with innovative ideas of mutual benefit to both them and us,” he said.

The GPS collar was handed over on a symbolic day for the company: that on which the former Krimelte OÜ officially adopted its new name of the Wolf Group. Peeter Tohver, the Chairman of the Management, says cooperation is very important to the company since one of its green goals is to support projects that help protect the environment and boost the well-being of wild animals. The wolf is the national animal of Estonia and the symbol of the Wolf Group. As a pack animal, it is cooperative and highly intelligent, employing strategic thinking. “And those are the very qualities we value in our workers and teams,” Tohver added.

Timo Kark, the Head of the Wildlife Department at the Environment Agency, explains that wolves fitted with a GPS collar provide the agency’s experts on large predators with a valuable overview of the range of movement and territory of a pack. “Using that information makes it easier to collect data about what wolves get up to in the wild,” he said. “For example, it can tell us where they settle at night, what their preference is in regard to habitat and what animals they’re preying on. All of this means we also have a better chance of gathering samples from the animals.”

Telemetric monitoring of wolves has been ongoing within the Environment Agency for the last 10 years. In that time, 20 wolves have been fitted with GPS collars enabling them to be tracked. Information is also obtained from hunting associations, cameras set up in the wild and the tracks made by the animals. Monitoring data on wolves and other wild animals, including information about their numbers, can be found on the Environmental Portal.