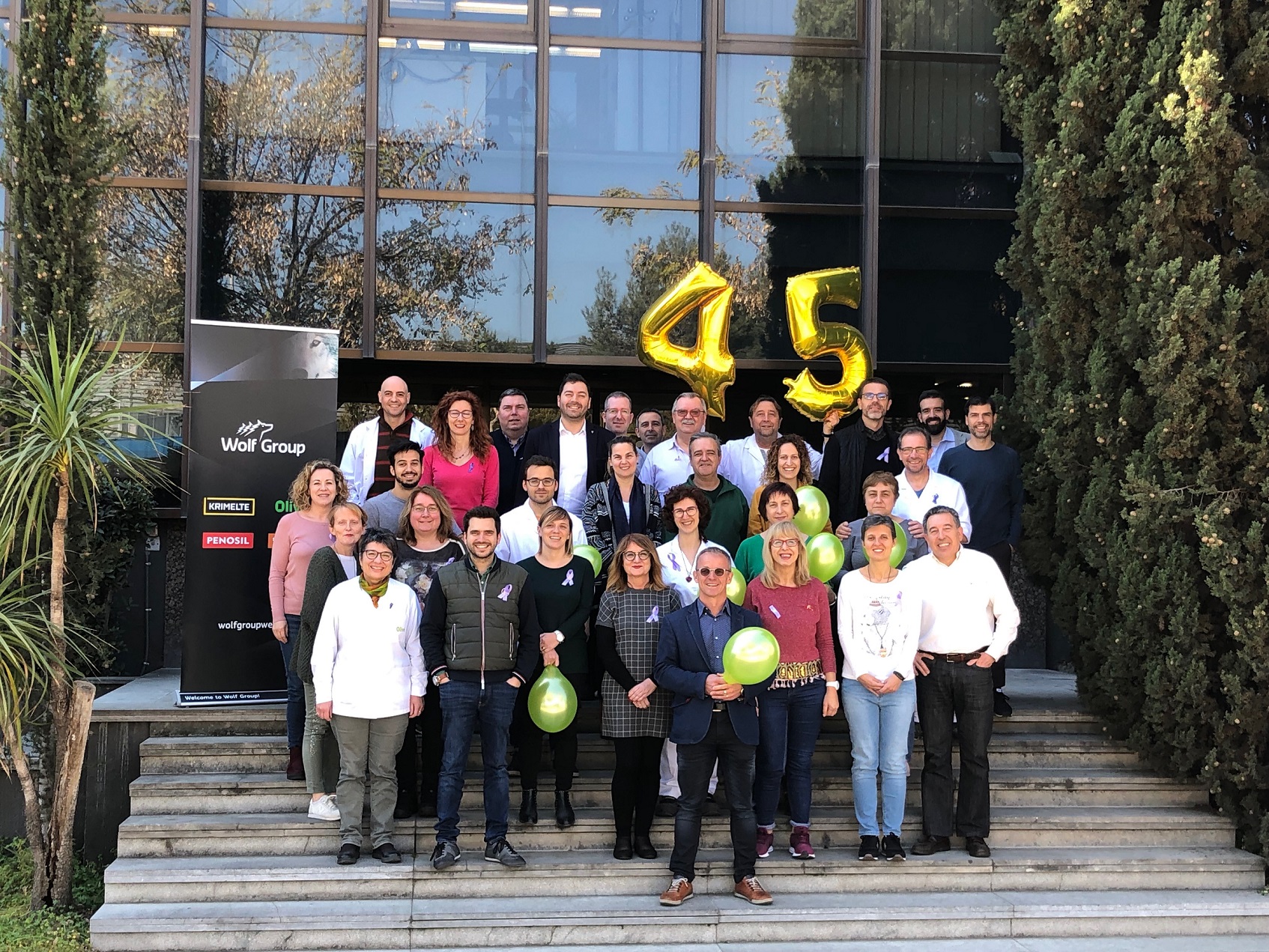 Quality, professionalism and environment have been the three core values of Olivé Química S.A. since the beginning. This year we are celebrating Olivé 45th anniversary.

Olivé’s origins go further back than the 1970s. In 1938, José Olivé Marcé set up a single-member company to manufacture chemical products and putties aimed at the glass industry. In 1974, he took over the management of the Luis Olivé Carrió company, and founded Olivé Química in order to start to make silicones. This date also heralded the start of the manufacture of putty based on fish oils for use in the glass industry of the time. A period in which the manufacture of silicones with Bayer raw materials began.

In 1994 Olivé Química and FLM Group joined forces to develop polyurethane foam sales. An agreement that lasted until February 2014. Another of its major milestones was achieved in 1997, when it obtained the ISO 9001 certification, making it the first company in the sector to obtain this important certification.

With the start of this century, the constant R&D in search of new products, solutions for new applications and differentiation with high performances bore fruit in 2003, year in which the production of sealants and adhesives with the new hybrid technology began.

The international expansion gained momentum, to the point that its international sales required the creation of its own subsidiaries. Thus Olivé Química France was founded in 2004, Olivé Química Portugal in 2006, fruit of the acquisition of Plastimix, the distributor in Portugal, and the most recent, Olivé Química UK, set up in 2010.

In 2014, Olivé Química became part of the European group WOLF GROUP, with headquarters in Estonia, leading specialist in polyurethane foams and chemical products for the building industry. This alliance would allow more Olivé products to be introduced in other countries and, in turn, enable this group to extend its product offer and access to new markets, like those of Western Europe and Latin America.

From the twenty or so employees it had when it was founded, back in 1974, it now has a workforce of over 100 people, which along with the Wolf Group team amounts to over 400 employees.

Specialists in sealing and adhesive solutions

Olivé Química’s products are recognised and approved by the world’s main laboratories and certifying bodies and have the most demanding quality certifications.

Its proven experience includes specialisation in sealing and adhesive solutions for architecture, lightweight facades, curtain walls, Structural Glazing and the insulating glass industry. Its silicones and sealants have been applied in more than 50 countries, covering the technical requirements of every project and adapting to the climatology of every destination.

Concern for the environment has been one of Olivé’s biggest drivers, a priority that has promoted an environmentally friendly management and production model.

The products are constantly evolving to adapt to a sustainable environment and to provide improvements in insulation that reduce HVAC costs and save energy.

Olivé Química’s products are recognised and approved by the world’s main laboratories and certifying bodies and have the most demanding quality certifications, such as the ISO 9001 certification, which certifies that the company meets the strictest requirements in the areas of research, development, manufacture and distribution of its products.